This seed thing is taking over! 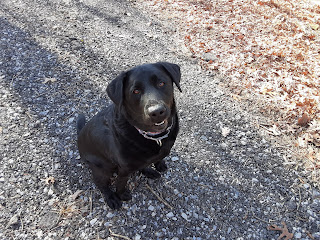 I think Mom has gone round the bend. The sun is shining, true, but the ground is still chilly. I know this because I don't wear shoes! I'm outside running around in my bare paws!

Mom says it's March, and March is the time to start planting seeds. There are little seed trays in the front window and two butt-ugly red pots on the sunroom floor in front of the door. Plus, Mom was just outside mixing garden soil, cow manure, and potting mix together in the one cart. Then she filled two grow bags with what she'd mixed and mumbled something about radishes and spinach. They don't sound very good to me, especially the spinach. Dad doesn't like it so neither do I.

It was forty degrees outside this morning and seventy-eight in the little greenhouse. Mom was in the greenhouse talking to the celery. I just don't get it, but I'm getting worried about her. I've tasted celery and it's not my thing, just like radishes and spinach. I know a decent snackie when I smell one and seeds miss the mark.

And Mom fussed me for something I didn't do! Okay, I did think about it, but she said "no" and I stopped. How often do I get the chance to roll in cow manure? Never, that's how often. And it was only a little clump that dropped out of the bag, not the entire bag.

Some days I just don't have any fun at all.